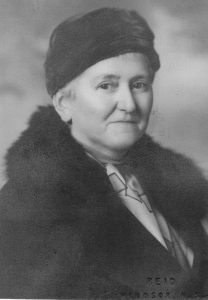 Hattie Clark Chittick was born on the 20th of May 1883 in Hantsport, daughter of David Chittick, a blacksmith from Halifax County, and Margaret Utah Davison. Margaret was the daughter of Capt. Joseph Davison and Olivia Dickie of Hantsport. The Chittick family came from Ireland.

David Chittick and Margaret Davison were married in 1871 by Rev. Thomas Angwin of the Wesleyan (Methodist) Church in Dartmouth and raised four daughters and two sons. Hattie was the second youngest. The family was enumerated in the Lower Horton, Kings County census division in 1881 and had farmers, ship masters and shoe makers as neighbours. By 1891 they had moved across the Minas Basin to Cumberland County where Hattie’s sister Utah Marie was born on the 19th of March 1893 at Apple River. This was the same year that her oldest sister, Lottie, first married.

By 1901 all but Marie had either married or moved away, Hattie’s brother Fred moving the furthest. He can be found working in 1910 as a boom-man on the Chehalis River in Washington State. Her brother Raymond moved to Sheet Harbour where he married and had family.

Hattie never married. In 1901 she can be found working in Halifax at the age of 18 as a domestic servant in the household of a Robert and Georgina Theakston. Twenty years later Hattie now 38 was boarding with a Louis and Edith Kaye on Quinpool Road in Halifax and reported an income of $250 working as a domestic maid.

It is unclear when Hattie moved back to Hantsport. Her name does not appear on the 1935 Federal Voters List for the election of that year but other names are also missing. Her book, “Hantsport: The Smallest Town”, was published for the Hantsport Women’s Institute in 1940.

Hattie’s mother died in 1938 at the home of her daughter Marie, who was then married to Ernest R. Gowen and living in Ladner, British Columbia. The obituary printed in a Vancouver newspaper mentions Hattie Chittick of Hantsport.

Margaret Davison Chittick was featured in the Ladner B.C. newspaper “The Weekly Optimist” on the occasion of her 81st birthday in September 1935. It is apparent that she had a great knowledge and appreciation for the history of Hantsport, something shared with her daughter.

The 1938 funeral notice says … In accordance with her wishes, her ashes will be cast over the waters off Point Atkinson by the captain of an outbound ship. Shortly before her death she wrote, “The sea is the largest of all cemeteries. And its slumberers sleep without monuments.”

Publication in 1940 of the 46 page booklet, “Hantsport: The Smallest Town”, printed by The Kentville Publishing Company was met with wide acclaim. Though neither a thorough history nor free from errors it is important for the oral tradition it preserves of the pioneers and seafarers of the town.    [We invite you to peruse this copy] 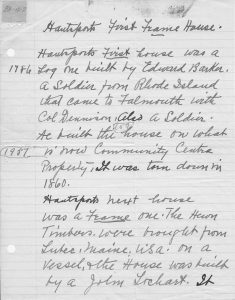 A new revised booklet was printed by The Allbon Print, Windsor N.S. as “Hantsport on Avon” in 1954.​

Hattie Chittick at home in her small apartment on Main Street in 1957. 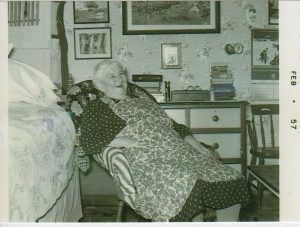 A third “revised” edition was printed in 1964 and in June 1968, “As a tribute to the late Hattie C. Chittick”, the Hantsport Memorial Community Centre sponsored a fourth printing. “Her gallant spirit and cheery greetings will long be remembered in this community. Her interest in things ‘historical’, past and present – in people, especially the youth – were an essential part of her character. Her loyalty and friendship have enriched us.”

A new street running behind the former Hantsport School to Willow Bridge was named Chittick Avenue and where Chittick Park offers a nice rest area with a Memorial Fountain dedicated to Hantsport Firefighters.

On a sunny fall afternoon, 8 October 1997, The Hantsport & Area Historical Society dedicated a memorial stone to Hattie Chittick – Historian at her gravesite in Riverbank Cemetery. Guests included several grandsons of her brother Raymond and their wives. 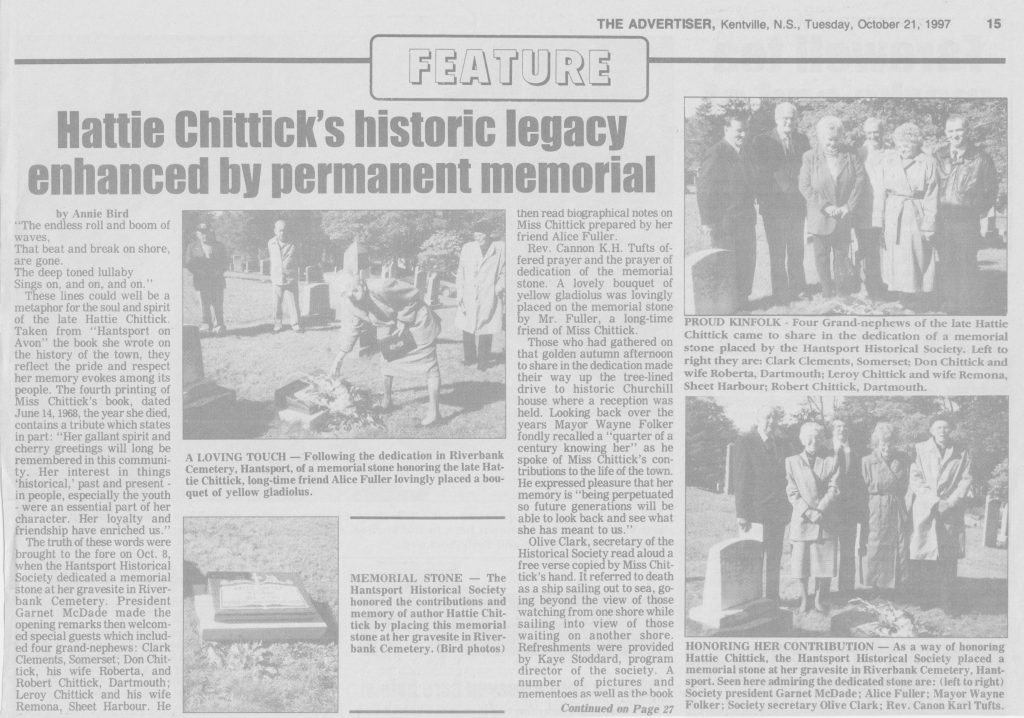 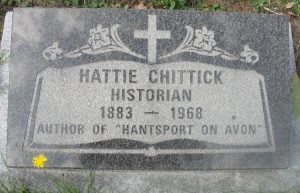 The Dorie and Garnet McDade Heritage Centre, opened in November 2017, features the town’s rich marine heritage in the Chittick Room.