The Women’s Suffrage movement in Canada relied on petitions to provincial governments; on lecture tours and speaking engagements; on meetings with politicians; and on public meetings and events.

In 1918 at least 3,865 names on 18 petitions, representing areas from across Nova Scotia, were presented to the House of Assembly and on April 26, 1918, the “The Nova Scotia Franchise Act”1 was passed granting women the right to vote, with certain conditions.

Twenty three individuals from the Hantsport Area have so far been identified on those petitions and their names and further details are listed below. 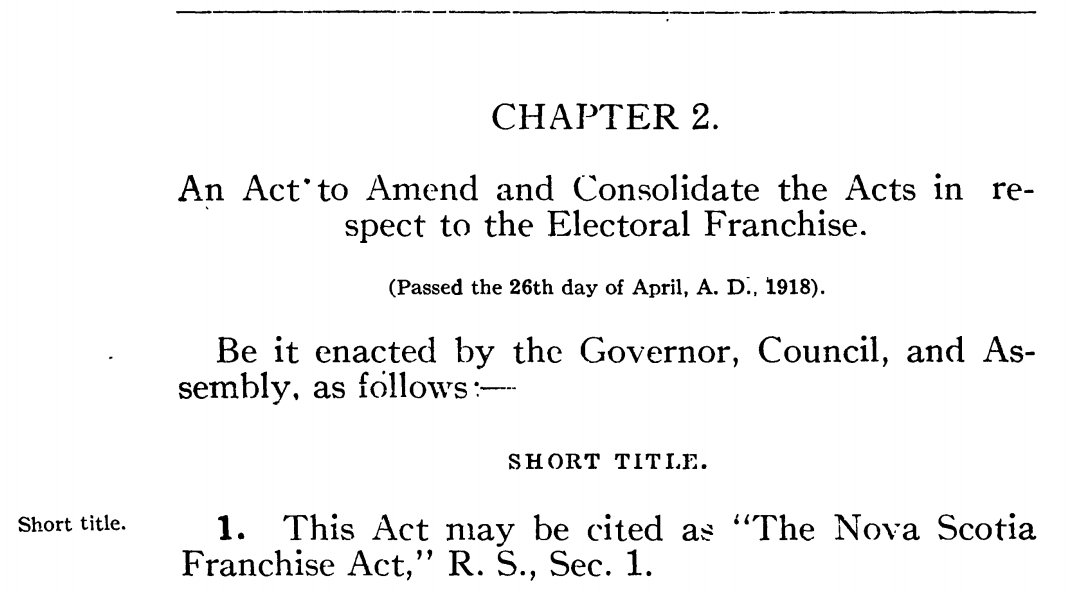 Every person (male and female) shall be entitled to be registered in any year upon the list of voters for the proper polling district of any county, if such person –

It should be noted that a few Nova Scotian women voted prior to 1918:

On the 26th of April, 2018 an infographic was unveiled marking the 100th anniversary of “The Nova Scotia Franchise Act”.

The original 1918 petitions are held by The Nova Scotia Archives3 in Halifax.

Women suffrage petition from 475 residents of Windsor, Hantsport and other centres of Hants County

To the Government and Legislature of the Province

We whose names are hereto subscribed, being British subjects of the full age of twenty one years and upwards, and having lived in the province of Nova Scotia one year and upwards, hereby pray that you will introduce and pass at the next session of the Legislature an act granting the provincial franchise to women upon the same terms as those upon which it is granted to men, thus placing us upon a level with the women of Ontario, Manitoba, Saskatchewan, Alberta, and British Columbia.

◊ Charlotte E. Lawrence was the mother of Mary Gladys Lawrence, a graduate of Dalhousie University (BA 1909), and of Leroy Litchfield Lawrence killed in action on 2 May 1918 and whose name is included on the Hantsport Remembrance Day Honour Roll.

◊ Lucilla Burgess was the mother of Grace Oulton, benefactor of the Hantsport Public Library.

◊ Olivia Garrison was the mother of Charles Albert Dickson killed in action on 15 September 1916 and whose name is included on the Hantsport Remembrance Day Honour Roll.

Women suffrage petition from 403 residents of Wolfville, Aylesford, and Canning