Richard “Dick” Beazley was born, grew up, married, had three sons, and worked in Hantsport. One of the best distance runners in the Maritime Provinces through the 1930s, he became a hometown favorite and gained widespread popularity with Nova Scotia’s sports writers and fans of “the running game.” 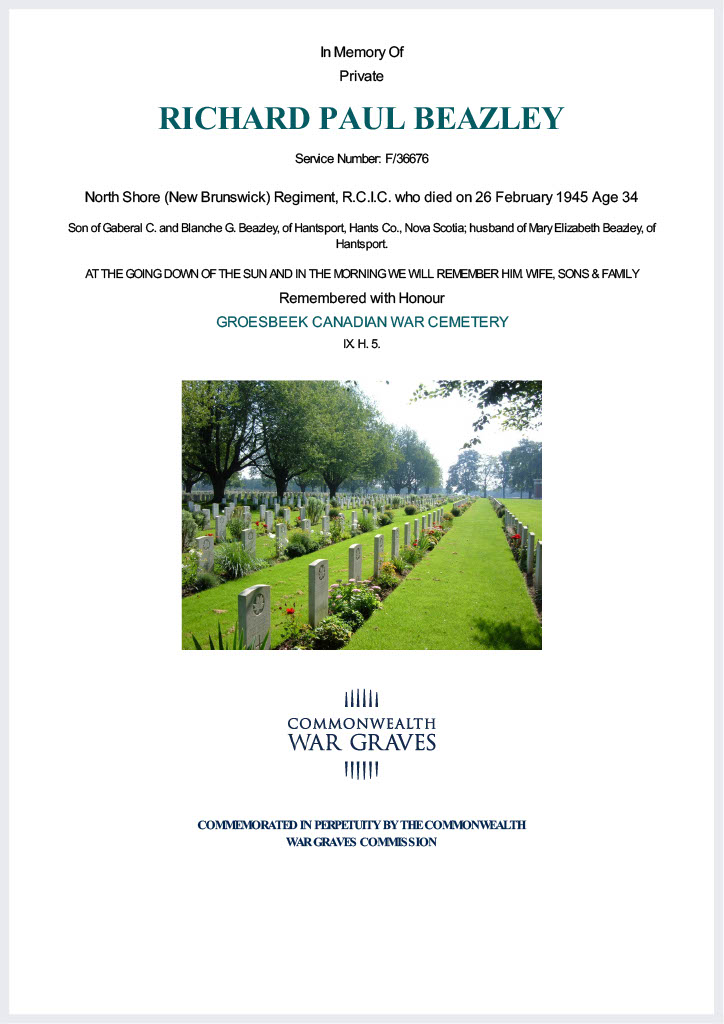 On July 1, 1947, veterans who were members of Hantsport’s Lucknow Branch No.109 of the Royal Canadian Legion inaugurated the Dick Beazley Memorial Six-Mile Race, which became an important part of Hantsport’s first and subsequent Canada Day celebrations. The second-longest annually-run race in Nova Scotia, its winners include some of the best runners in the Maritime Provinces.

Dick Beazley was inducted into the Nova Scotia Sport Hall of Fame in 2002.

That went over and it’s been going on ever since. This will be twenty-nine years this year, I think, and I’ve started every one of them. 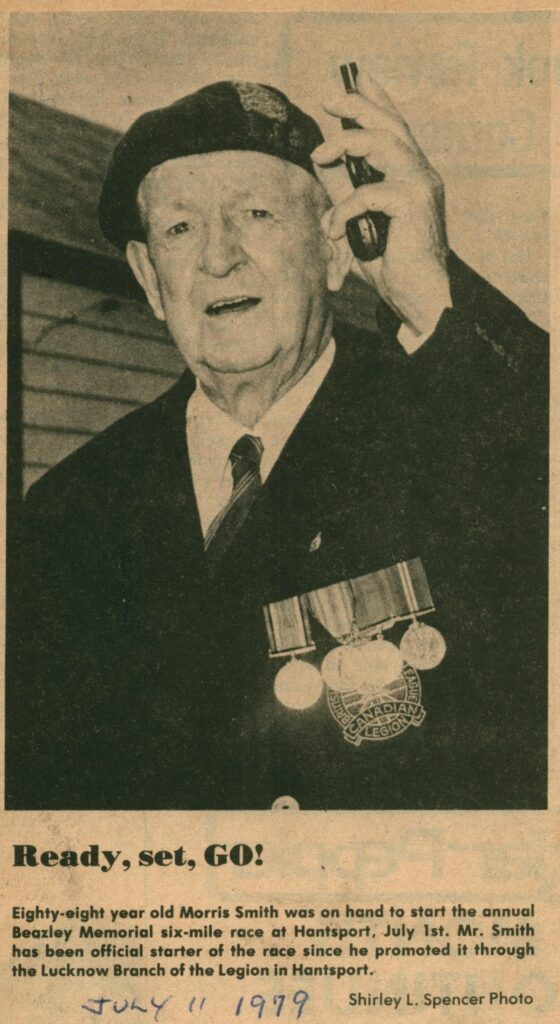 In 2019 for the first time The Mary Beazley/Kennedy Trophy was presented to the 1st Place Female in the Dick Beazley Memorial Six-Mile Race. The 2019 winner was Chloe Austin. 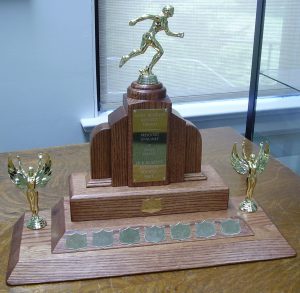 Arnold Robertson, born in Four Falls, New Brunswick, arrived in Hantsport in 1946 at age 15 and settled in to work, marry, raise a family, and become a dedicated runner. On July 1, 1976, following Arnold’s suggestion, a two-mile race was initiated to encourage young people to try the sport.

With sponsorship from Arnold and Union 576 of the Canadian Keyes Fibre Company Limited (renamed CKF Inc. in 1982), the race became a popular annual event.

For over six decades, Arnold has been a familiar figure in races around Nova Scotia and beyond where his love of running, friendly smile, modest demeanor, and fast start in every race endeared him to generations of fans. Arnold exemplifies the ideal that everyone who runs a race is a “winner.”

In 1997, the two-mile race was named to honor Arnold’s running and race-building accomplishments.

In 2019 for the first time The Phyllis J. Robertson Trophy donated by Unifor Local 576 CKF Hantsport was presented to the 1st Place Female in the Arnold Robertson Two-Mile Race. The 2019 winner was Eileen Benoit of Windsor.