After James Wall sold his hotel that was located on the lower end of William Street to  George Churchill in 1890, he then purchased land on the corner of William & Station Street where he built a smaller one he named the Hantsport Hotel.

James Wall died on September 21st, 1899. His son, Mortimer, became the manager of the Hotel. Mort, as he was known by the traveling public, was born in Hantsport in 1874. He married in 1893, Jennie Bell Yeaton, a daughter of George H.  Yeaton. 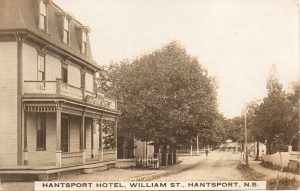 For fifty years he served the public as the genial proprietor of Wall’s Hotel. He participated in the various organizations in Town. He also had civic interests; in 1905 he was elected to the Town Council, and placed on the school board. He also served as Fire Chief from 1923-1925.

In the Civic Elections of 1925 Mort Wall was elected as Mayor for the Town of Hantsport, a position he held for four years. His greatest accomplishment came while he was Mayor of the Town in 1927 when he convinced Roy Jodrey to build his Pulp Mill in Hantsport rather than in Windsor.

The Hantsport & Area Historical Society has voted him Mayor of the last Century. 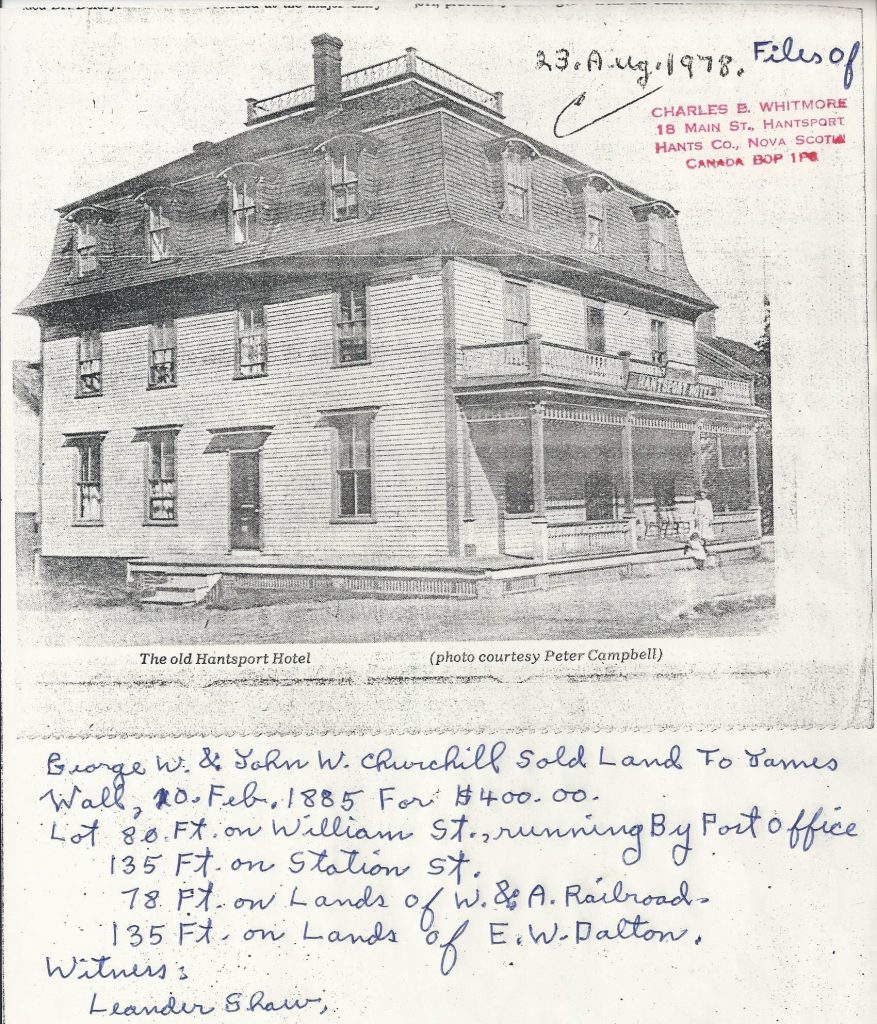