Jessie (1899-1994) and Elmira (1896-1976) Borden were daughters of J. Edward Borden, the town undertaker,  and his wife Alberta Newcombe. In 1949, after a twenty-five year career as a hospital dietician in the United States, Jessie Borden returned to live with her father and sister in Hantsport. It was about this time that she began to learn weaving as a hobby.

Jessie and Elmira started producing place-mats, handbags, aprons and scarves. They turned their hobby into a small business, at one time having two looms set up in the front room and selling items from their home on Main Street.

They enjoyed travelling, posing here together in 1973 for a souvenir photo taken in Lucerne, Switzerland. 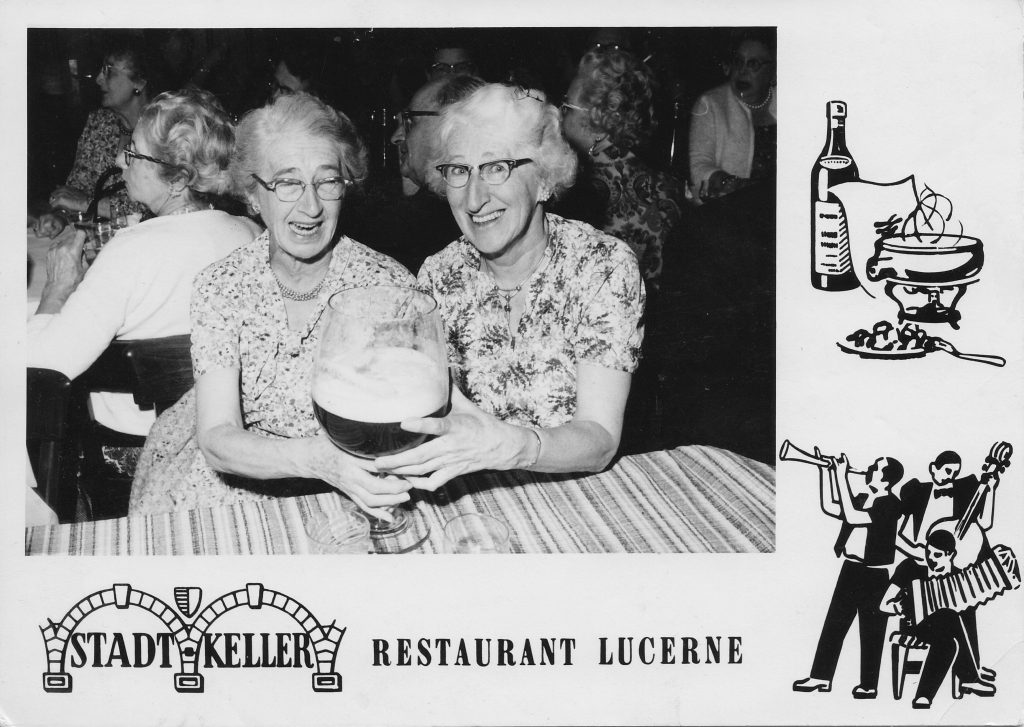 In October 1980 Jessie Borden was featured in a CBC Halifax Television production about Hantsport and shared her wealth of knowledge about the town’s history.