This industry was located in Hantsport, when the last century was but a few years old, by Mr. C.

O. Nichols. He came from Nicholsville, King County and in 1905 established a box factory in

the old foundry building of Joseph A. Mumford built circa 1870, on Foundry Road. Prior to this

the building was used for a few years as a skating Rink. In 1910 Mr. D. W. Murray came from

River John, Pictou County, bought the factory and started a business that thrived for over fifty

years. In 1913 the business was becoming too much for one man to handle. D. W. brought his

brother, Alexander Murray, from River John to help out. 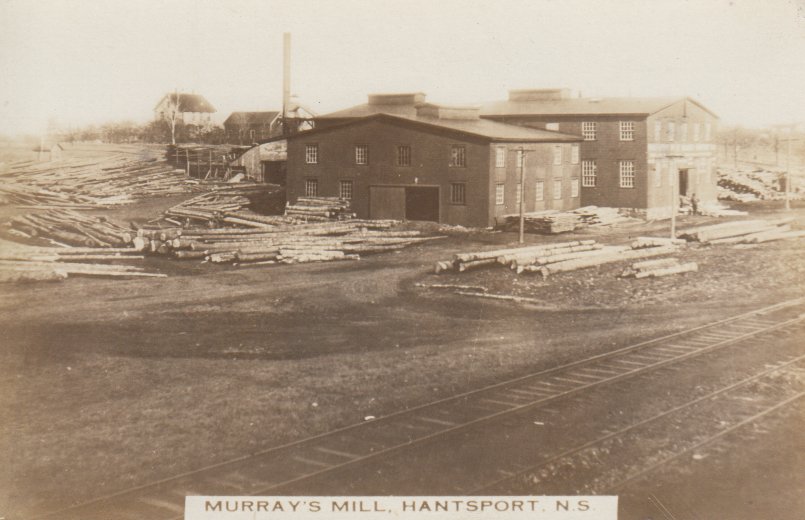 Soon after the beginning of the business, timber rights were acquired near Hantsport to

assure a dependable supply of raw material. From this source most of the company’s needs were

met, logging operations being carried on in winter, and some twenty-five men being so employed

when the manufacturing was closed. Choice birch, maple, poplar, spruce, and fir trees were selected

as stock for the making of boxes, baskets, crates, and shooks, while the larger spruce and

hemlock trees were chosen for boards and timbers to serve the needs of the building trade, which

was supplied to a great extent by the Hantsport mill, in which all sorts of rough and dressed lumber

was produced. The company also bought from small timberland owners and in that manner

The Company, in fact, included in its list of actual or potential products all containers of

small or moderate size that can be made from veneer or shooks. In addition to the production of

containers, the Hantsport plant was regularly employed in turning out stock lumber of all ordinary

specifications, and in custom sawing and finishing for special purposes. 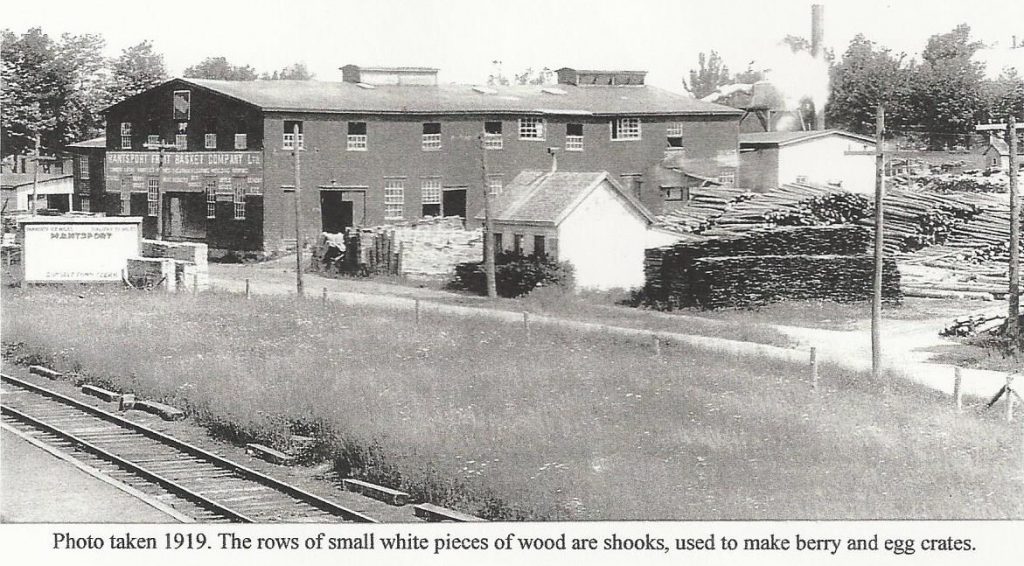 full value to the community. An essential part of the story was the inauguration of electric

lighting for Hantsport streets and homes. This event took place in 1914 when D. W. Murray

their homes for the use of electric current to be generated by steam in the company’s plant.

The Town procured all material for public and private use at wholesale costs. While the company

undertook to supply current for one year at less than actual cost. That arrangement continued for

five years, until the burden became too heavy for the company. In 1919, the Town

built a building on Prince Street, and installed a generating plant which supplied Electric Power

for homes and street lighting. By the 1930’s the Town was buying power from the Avon River

The lumber mill and box factory closed down sometime in the 1960’s, and the property sold to the

of the art mill to saw lumber. This mill ran for a dozen years with John Scott as manager.

should still be in the woods growing. He said if we keep on at this rate there will be no wood left

company in New Glasgow N.S., dismantled, and taken away.

This day, October 18th , 2007 the old mill yard is being turned into a soccer field. 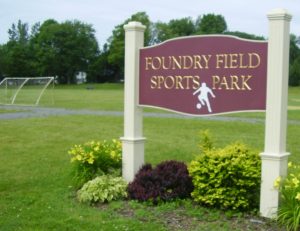